Dr. Anthony Podojil’s history in Ohio’s public schools constitute more than thirty highly successful years of teaching, administration in various capacities in Cleveland Heights, Painesville Township and Orange Schools, principalships in Chagrin Falls and West Geauga and, finally, superintendency for thirteen years – also at West Geauga. During those thirteen years, the district consistently achieved the highest rating granted by the Ohio Department of Education, including “Excellence With Distinction” honors in the last three years of his tenure. He became Executive Director of the Alliance on August 1, 2010.

Meanwhile, Tony also has found time during the last fifteen years to serve as adjunct professor in the Department of Education at John Carroll University, teaching graduate courses in school finance, curriculum and educational leadership. He is currently Board President of the Lake/Geauga Education Assistance Foundation and an active member of both Kiwanis and Rotary. He is a YMCA fanatic and diehard Browns and Indians fan.

Tony earned both his B. S. and Masters in Education from John Carroll and his Ph.D. in Urban Education from Cleveland State. Tony and his wife, Karen, a licensed social worker, have three sons, Bryan, Andrew and Christopher. 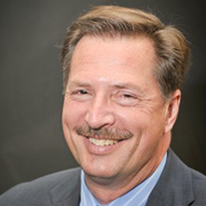